Date: September 2020
Season: Autumn
Photographer: Lauren Mitchell Photography
Venue: Reading Town Hall, Berkshire
I have been busy with smaller weddings as couples still wanted to get married despite the current covid restrictions and so here I was for Fred and Daire’s wedding in Reading. I’ve got this mask thing down to a fine art now and it doesn’t bother me at all after finding one that was comfy – I still feel like a ninja with a camera! I met Fred and his friends just outside the Town Hall so we took the opportunity to get some photographs of the three of them before Daire arrived. I only met Fred and Daire via zoom but it felt like we were old friends which was great as they were relaxed pretty much straight away for photographs.
Once Daire arrived I went inside the ceremony room (which was huge!) and as she entered captured her first look at Fred. They were both smiling throughout with their close friends and family watching. It was a beautiful ceremony. Once outside we had some group shots nearby before heading over to Forbury Gardens for some couple shots. As the wedding party was so small, everyone came down and I even had help from Daire’s sister holding the reflector. Always bonus since I’ve been photographing the smaller weddings on my own.
After their couple shots we all headed back to the Town Hall where there were two wedding cars waiting to take the wedding party to Cantley Hall Hotel in Wokingham for some lunch. Wishing you all the best for the future!
Love Lauren x 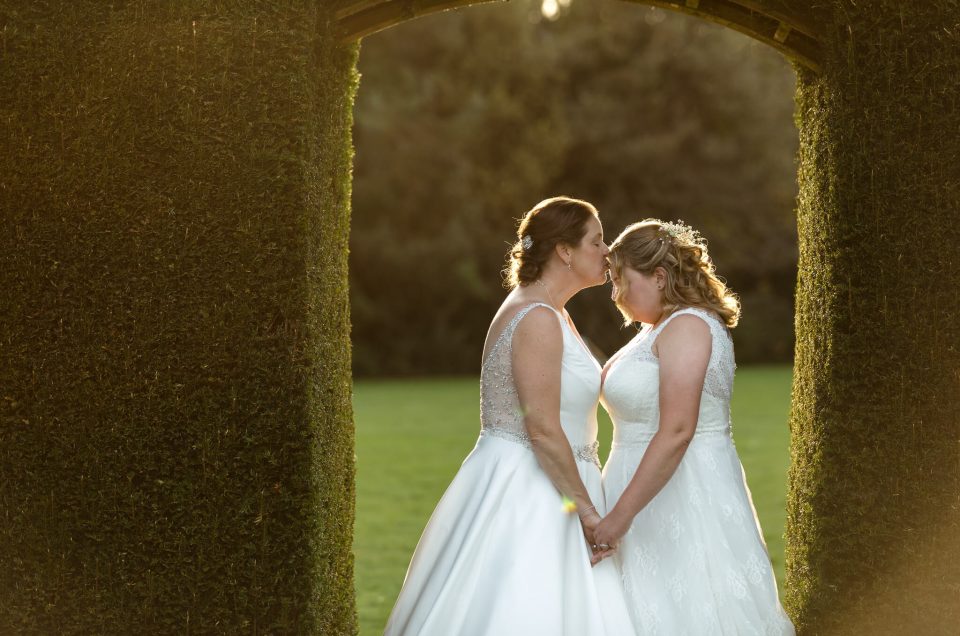